Istanbul Cultural Capital Of Europe 2010, in the context of the Lives and Works in Istanbul program. A Workshop designed and led by artist Danae Stratou | March 29th – Oct 31st 2010.

The initial working title set by Danae Stratou was Divisions and Connections within Istanbul based on the idea that the city is united through divisions. It brings us together by building walls around us and, at once, it liberates us when we become its citizens with the power collectively to control our urban environment. But when the city is reshaped in the image of the mall, of the skyscraper, of a 5-star hotel that could be anywhere; when its vital space is developed like a commodity; then civic virtues wither and all that is left are mountains of cement which, in a crescendo of irony, are marketed as… The Forest View.

The Outcome: as a result of this workshop two outcomes have been achieved. Firstly, each participating artist has successfully completed a personal project, and secondly, a common, interactive with the public, project has evolved.

Both were presented at the main exhibition of Lives and Works in Istanbul at Sanat Limani (1st – 31st October 2010), under the title The Forest View: www.theforestview.org 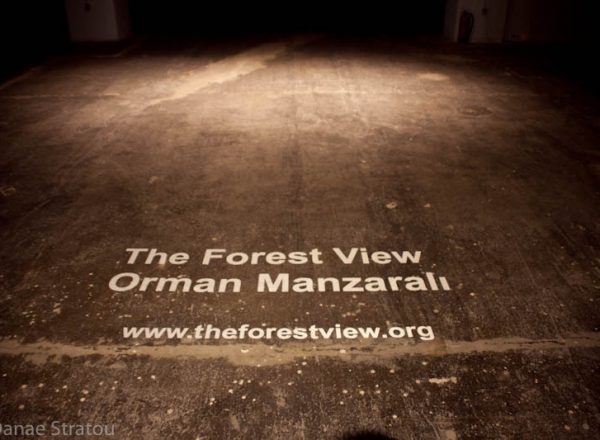 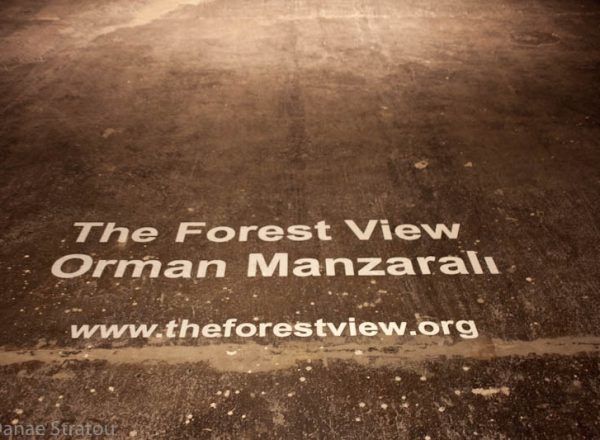 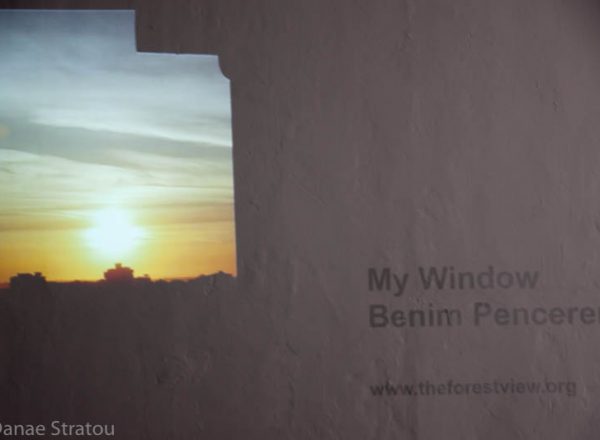 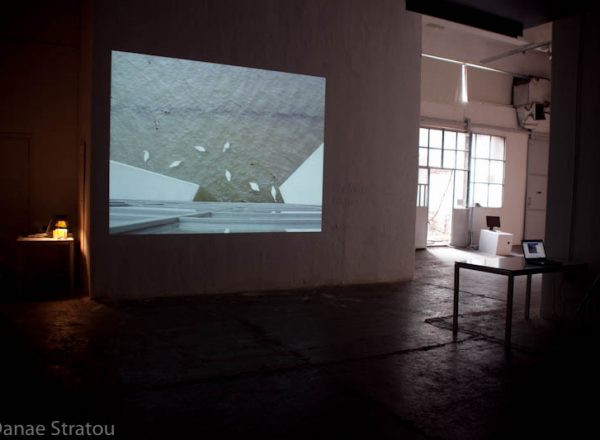 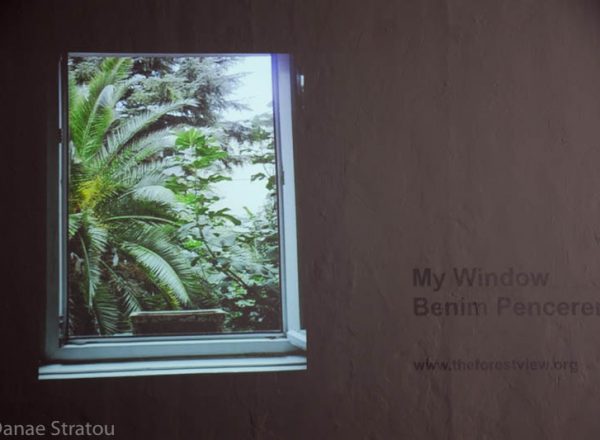 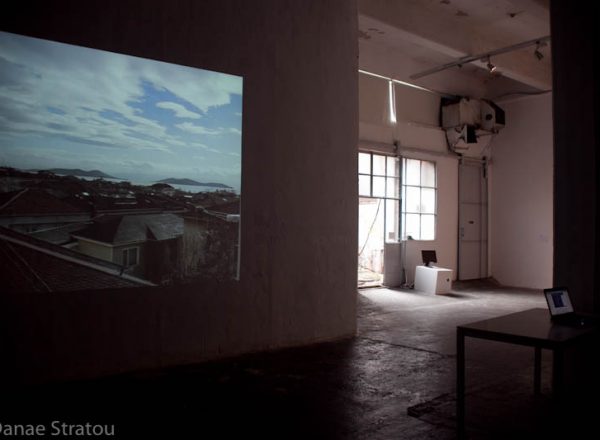 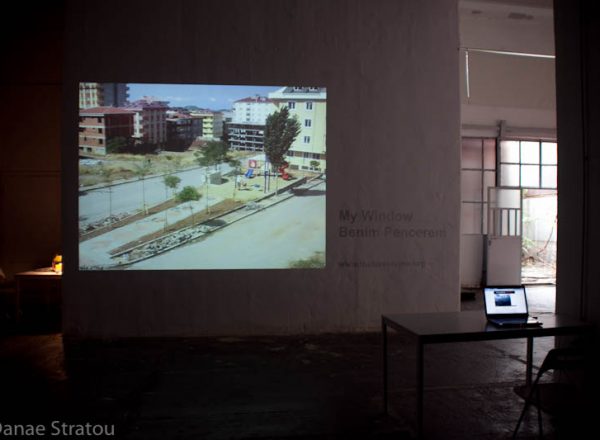 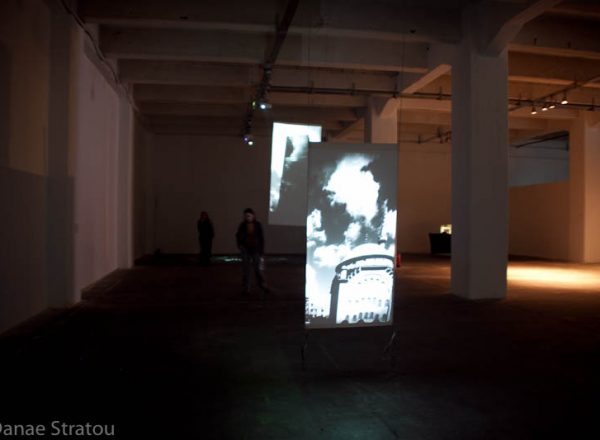 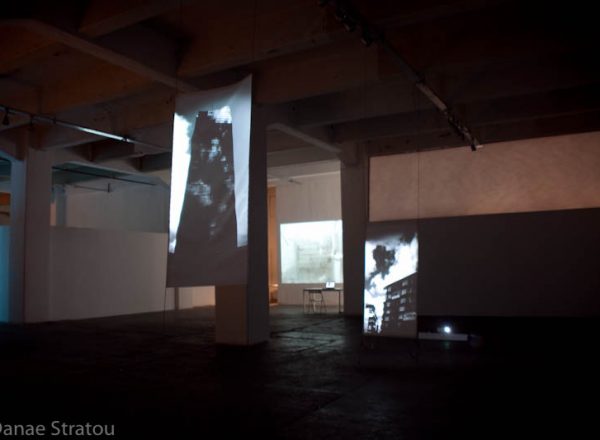 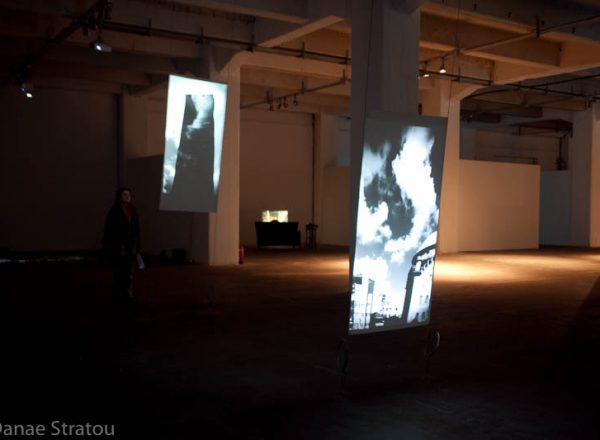 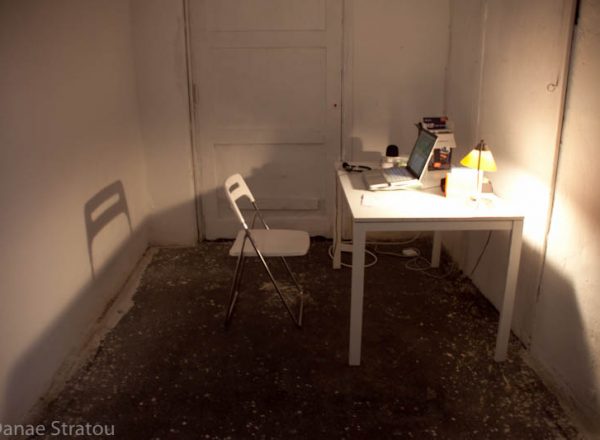 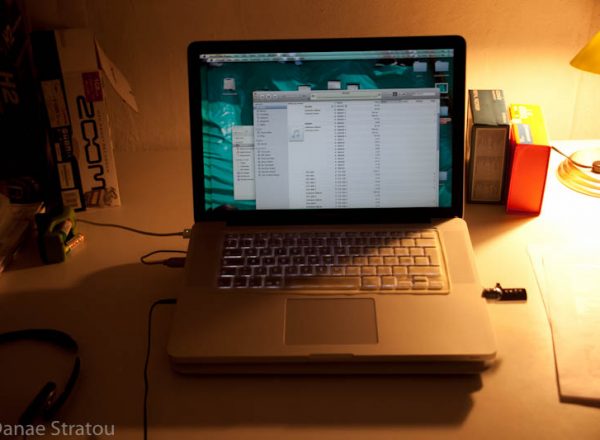 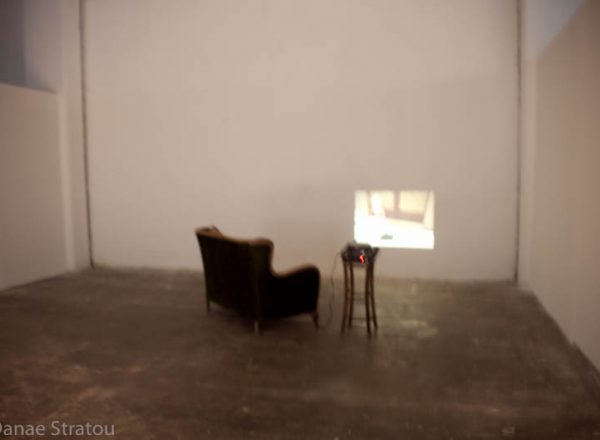 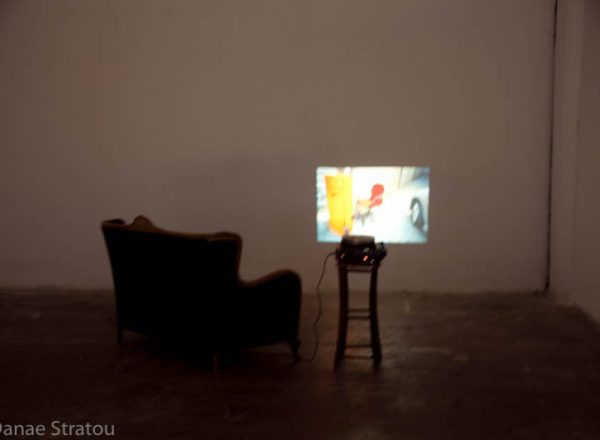 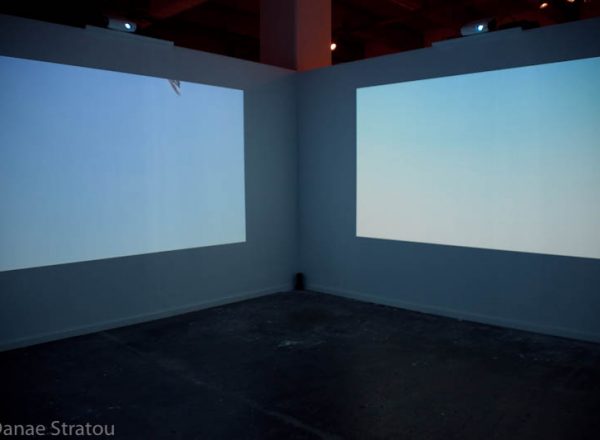 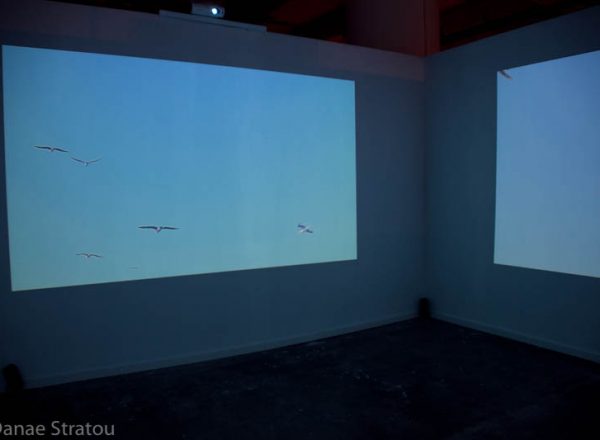 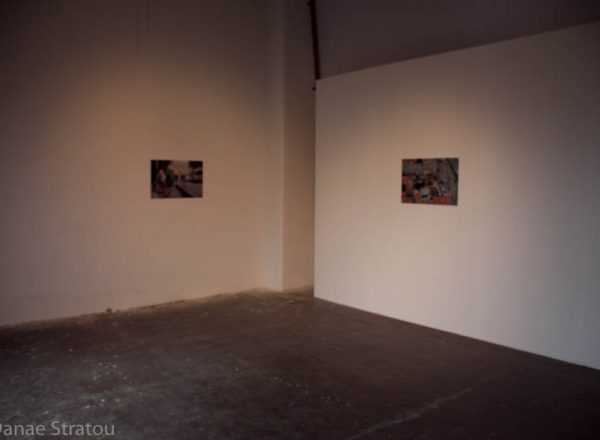 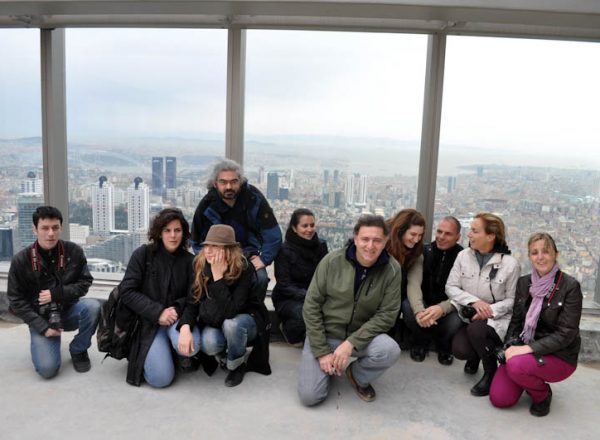 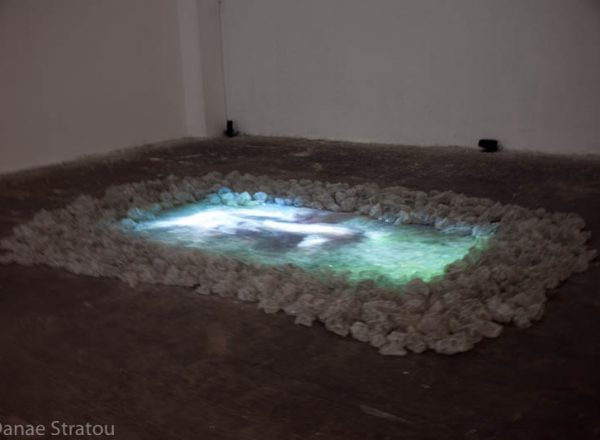 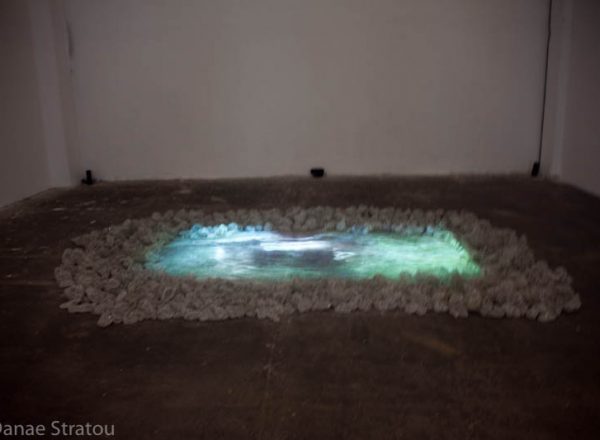 A series of Workshops under the working title: Divisions and Connections within the City, will be given by Danae Stratou in each of the cities related to her ongoing Nature | Humanity art project.

A city is the most paradoxical of places. It brings people together just as powerfully as it isolates one from the other. It creates a great urge to cooperate but also gives rise to hideous conflicts. It is the laboratory of civic virtues and simultaneously the factory of malfeasance. It offers protection while, at once, it causes a great deal of insecurity.

We will approach the city experientially. By exploring and experiencing the city’s different layers, neighbourhoods, districts, we shall develop a dialogue with the different aspects of the urban grid. Urban spaces are a network of connected nodes as well as divisions, some soft others much sharper. The idea here is to unveil these connections and divisions through physical engagement with the city before conceptualising its constituent parts, both individually and collectively, and channelling these conceptions into particular, personal works.

You can find out more about which cookies we are using or switch them off in settings.

Cookies are small text files containing information, which are stored on the browser of your computer during your browsing at the Website vitalspace.org and can be removed at any time.

Cookies let you use and improve your experience at vitalspace.org, navigate efficiently between pages, as well as provide advertising content based on your interests and needs. In addition, we use cookies to analyze how our visitors use vitalspace.org, how they navigate or to fix any possible problems as well as to improve the structure and content of our Website.

Strictly necessary cookies are essential to the proper functioning of the Website while they allow you to browse and use the Website features, such as access to secure areas or use of the shopping cart. These cookies do not recognize your personal identity. They are technically necessary for the Website function and you are not able to disable them.

If you disable this cookie, we will not be able to save your preferences. This means that every time you visit this website you will need to enable or disable cookies again.

Session Cookies
Session cookies are temporarily stored on your computer or device during a browser session and are deleted after the browser is closed.

Performance Cookies
Performance cookies collect information about how visitors use the Website, for instance, which pages they visit more often and whether they receive error messages from webpages. These cookies collect aggregated, anonymous information that does not identify visitors. They are used exclusively to improve the performance of our Website.

Please enable Strictly Necessary Cookies first so that we can save your preferences!